TOWERS IN THE PARK
A Prospective for Equitable Resilience

The CLR currently leads the School of Cities Urban Challenge Group on "Governing and Designing Urban Resilience”. The group includes inter-disciplinary faculty and industry / community members from at least four U of T departments, at least three U of T faculties, at least two U of T campuses, and at least one community group and one city government.

Towers in the Park: A Prospective for Equitable Resilience looks at the untapped potential of the "parks" in "Towers in the Park". Many of these tower neighbourhoods were built between 1950-80's based on universal modernist principles of site planning and building layout. One of their most critical ambitions was the provision of ample open space as developments responded to surrounding natural areas such as ravines, creeks, and networks of green open space. The "park" portion of the "Tower in the Park" has been deemed problematic, anti-urban, and undervalued for decades. The significance of these tower neighbourhoods and surrounding open spaces are becoming increasingly valuable as Toronto begins to experience more acute climate-related shocks (such as flooding and extreme heat), as well as chronic socio-economic stresses (such as rising inequality, mental and physical health). As such, this project aims to evaluate, measure, assess, and quantify the social and environmental value of public and private open space assets, including parks, and right-of-ways, as they relate to the city's overall resilience goals. It will also explore the potential for integrating adaptation and mitigation strategies in these tower neighbourhoods to pursue overall socio-environmental sustainability strategies.As a starting point, the project is looking at the intersection of equity, climate risk and vulnerability, apartment tower clusters, and the operative roles of public and private open space in the Black Creek Sub-watershed (below). 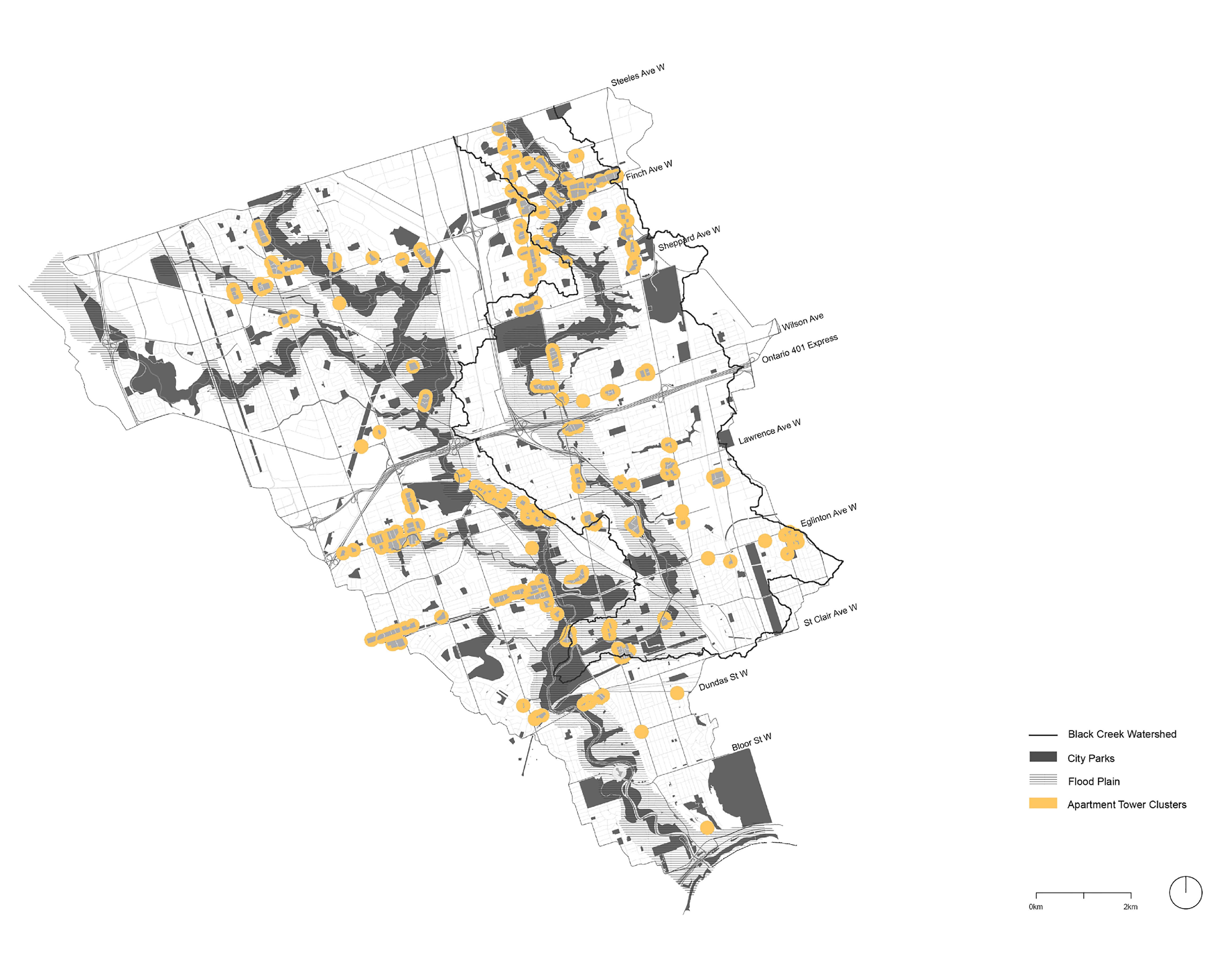 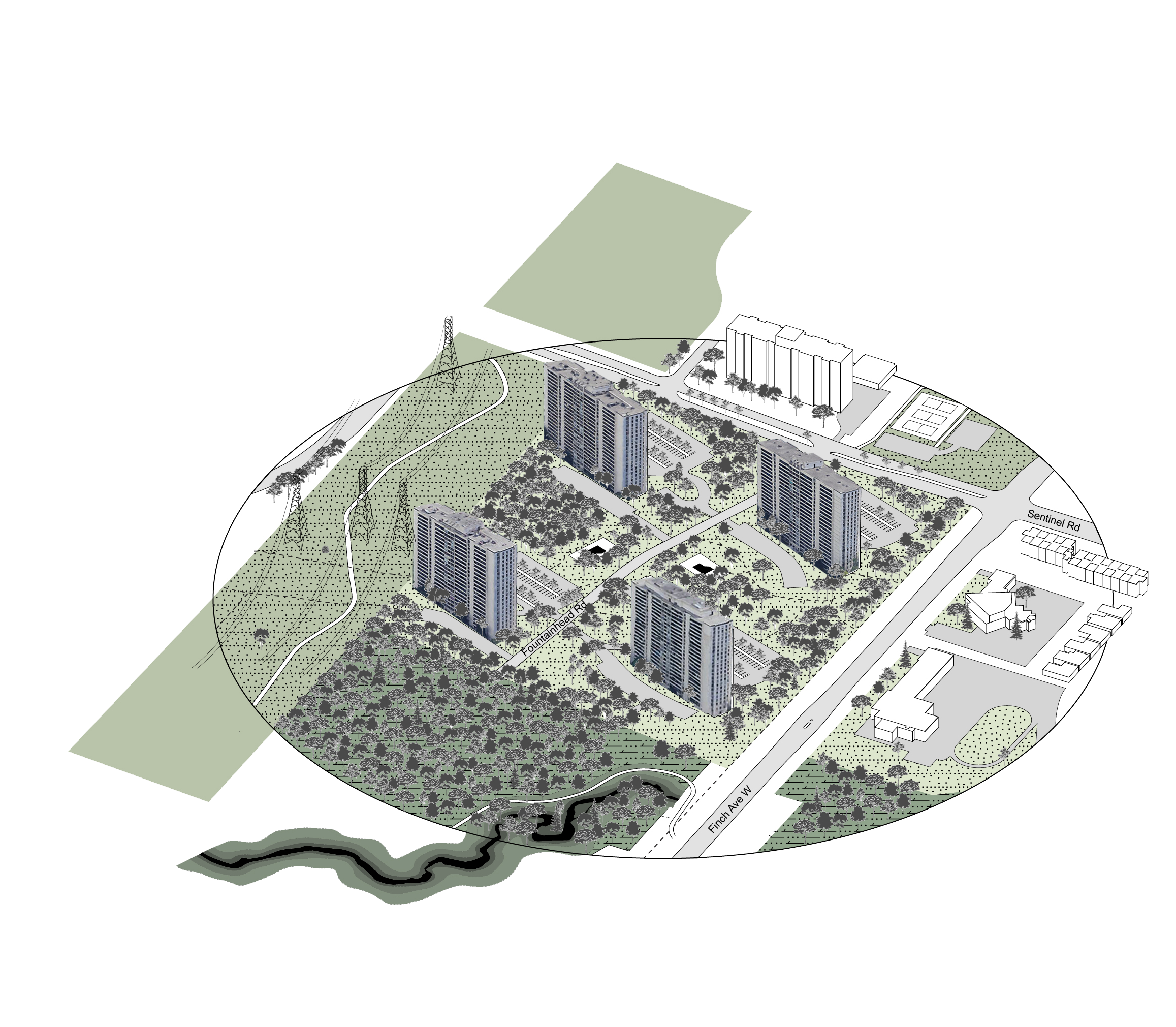 This project is funded by the University of Toronto - School of Cities Urban Challenge Grant.
‍